Did I tell you I love bikes?

For years I’ve always wanted to ride a scooter, not a man–motorbike but a cool scooter. It’s the ease of the ride, less opportunity for death and the fact that I could learn how to fix and tune the thing myself — fulfilling my nerdy technical mind.

Riding the new e-moped had me addicted! I just couldn’t stop heading out, sometimes for no reason other than to just riiiiiiiide!

Of course, the image above only existed in my head, I assure you I didn’t look cool … in any shape or form!

Once I’d conquered the city, it was time to hit the temples so I rode out of town to pick up my three day pass as I’d read that not only is there a lot to see but the Angkor area was huge. With ticket in hand, I rode to see the mighty Angkor Wat et al the following morning.

Much like the Himalaya mountains, I was immediately in awe when I arrived. Angkor Wat is surrounded by a shallow most of water that is near perfectly square and itself huge. I’d arrived at the wrong side for the entrance so I had to ride around to the other side. This was a good thing as it gave me a sense of he size of the place. The exciting part was that on the other side of the water, the outer edge of the island, was a wall and trees which only added to my excitement and curiosity of what awaited within.

When I arrived at the main entrance, as usual the sun was out in force so I found a place to put the bike in the shade, my imagination creating scenes of an overheated lithium battery exploding into flames — typical of my weird brain.

Did I say how enormous this place is? It was ENORMOUS with an extremely grand entrance and walkway which I was immediately in wonder at how the thing was built without today’s technology!

Yes, yes I know I used this image in the previous post but it shows me at the entrance looking rather happy and excited!

As in my previous post regarding the Himalaya, I won’t go on otherwise there’s just too much to write about; instead I’ll let the pictures do the talking…

Above is only a snippet of the patterns, symbolism and bas–relief carvings that festoon the buildings. The amount of craftsmanship per square foot was amazing! Then to realise that this was repeated across the the entire place was almost incomprehensible. Once I’d picked my jaw back up from the floor, I’d soon try to work out how everything was built without the aid of today’s computers, machinery, laser lines etc. with huge distances being near perfectly in line.

The outer walls each held individual tales from historical events, again the craftsmanship and artisan quality of mind–boggling standard. Walking the length of each took a long time, not only for the size but to absorb the story. I skim read the tale as I walked along, stopping now and again for the odd change in detail. Once I’d come to the end of one I’d turn a corner to another, four times in all! 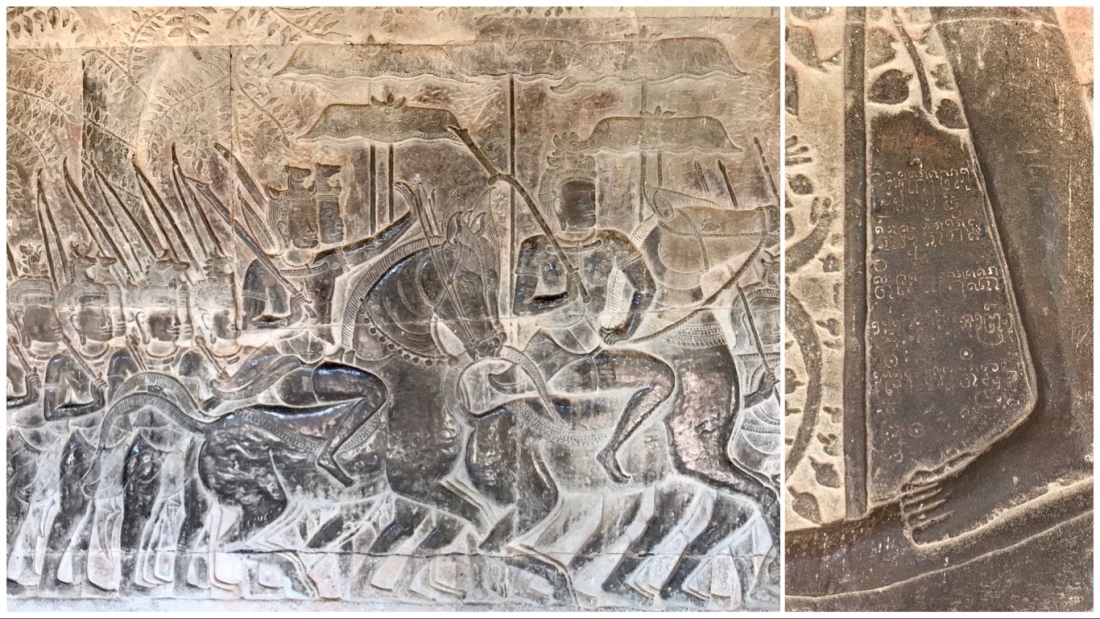 Detail never went amiss! I could only wonder at what the place looked like when new. I was especially curious about the towers as some had obviously collapsed with others worn by weather. Even the roof of every building was tremendously detailed adding to my technical mind’s comprehension of the work involved and the beauty it must have been. Thankfully a lot of the buildings had been restored where it was discovered that the roof drainage system was an amazing feat of design and engineering in itself — again, no computers which left me wondering how the entire place was first visualised! 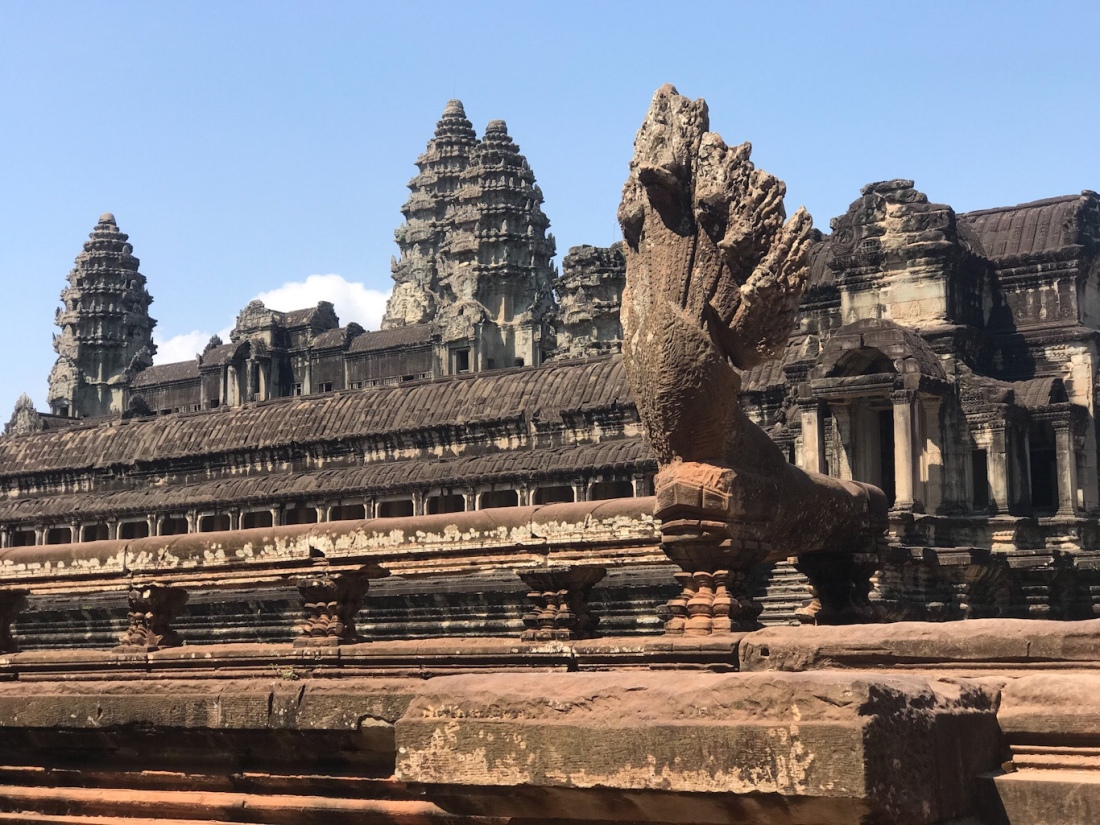 For further reading on this amazing place and to find out what people suspect happened to this great civilisation, see the excellent article by the Guardian team here: