I climbed from the longest bus journey on earth to step into an immensely dusty world! Luckily Martin (have I told you about Martin? …and bikes?) had warned me of such so I didn’t find it too surprising, although I did struggle to find a place to put my bags down before I headed onward that wasn’t covered. 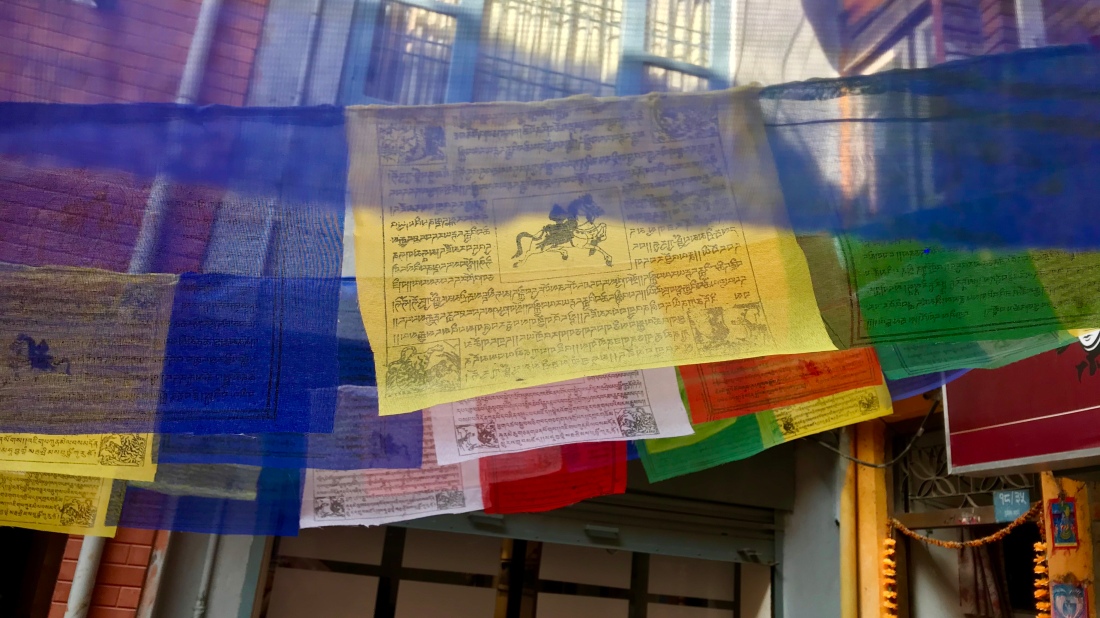 ABOVE: The ubiquitous peace flags of Nepal.

Clare (see previous blog entries) had been to Nepal recently so she had her friend their arrange a hostel for the night. Unfortunately it was errrmm… how can I put this politely… shit! So after meeting Donnie — travelling from South Korea, a really nice bloke and a bit of a pop star back home — who’d joined the dorm, the three of us moved on our separate ways. I’d like to have spent more time getting to know Donnie but he was heading off trekking so he gave his music industry business card and we said our farewells.

ABOVE: 1. The eyes of Buddha on the dome of a temple in old town. 2. My arrival at Mystic hostel. 3. One of many temples among the back streets. 4. Ancient statues surrounding a Buddhist temple. 5. The veins feeding all those cafe wifi hotspots. 6. Donnie. 7. More peace flags. 8. Me and the famous Kathmandu Yeti.

Kathmandu was a great place to kick back, no touts, no tuk-wits, room to breathe and more importantly if I was approached, words such as ‘no thanks’ were clearly understood! The place is a bustling set of roads at all angles with shops full of tourist items and hiking gear — the realm of North Fake!

ABOVE: some great graffiti art hidden away on roller shutters.

I spent quite a few days exploring and I liked the feel I was surrounded by! It was a special joy to discover hidden gems such as the many back street or alleyway temples, a mix of Hindu or more so Buddhist.

Forgive my subtitle but it was written everywhere and it’s burned into my consciousness — what’s left of it anyway! For those of you not interested, it refers to the nutritional content of the coveted Dal Bhat, a great meal that’s not only nutritious and cheap but more importantly for me; sans gluten! It wasn’t long before I found the Dali Hotel & Restaurant where I met the two owners and was invited to join their table. It was a nice time where the usual questions were asked of me but with a genuine interest. I mention this particular meeting because something quite embarrassing BUT funny happened!

One of the partners heads off to deal with some business and I’m left chatting to the other and I can’t remember why but I show him a photo I’d taken previously on my phone. So as we’re chatting away I notice he’s scrolling now and again of which I have no concern… until… He hands me my phone back after a couple of seconds pause and we continue chatting. Only when I look at my screen there is a ‘Big A*s D*ldo package’ shot, in my library that had auto downloaded from a joke chat I’d had previously with some friends! The joke was ‘Rich, a parcel arrived after you left’. 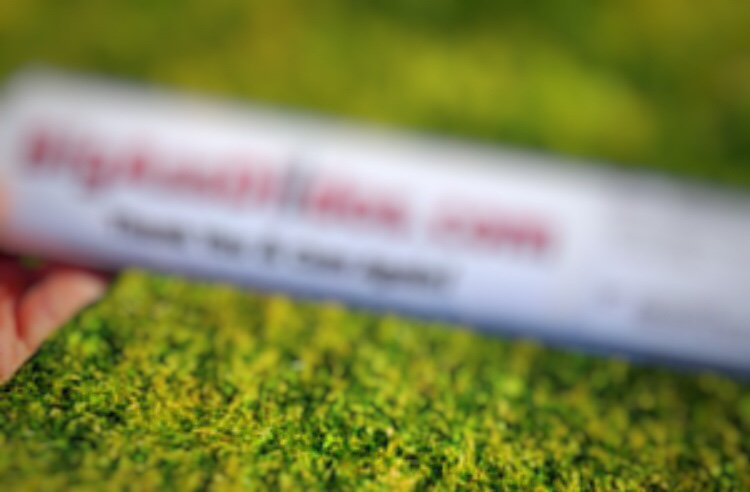 The offending photo which I’ve blurred for obvious reasons.

I can only hope that the writing on the package was lost in translation! 😬😂

Most of my time in the city was spent meandering, window shopping the odd item and trying to avoid some exquisite traditional although ubiquitous art and frequenting some of the many cool traveller coffee shops. It was refreshing to do such without harassment so I made the most of it all.

While wondering aimlessly I walked by a small building site where yet another multi-storey hotel/hostel was mid-creation. As I was about to walk by, one of the workers deemed it ok to start cutting through a concrete steel reinforcement rod with a rather large grinder chop saw! This was right next to the road and if I hadn’t spotted him first, I’d have had the full brunt of sparks hit my bare ankles. Luckily I realised what was about to happen, stopped and waited for him and his pals to finish to looks of puzzlement from then once done — safety first obviously not an option in Nepal.

The hostel I stayed at was called the Mystic Inn and is run by a genuine and helpful owner who assisted me to purchase my bus ticket on to Pokhara, even showing me how to get to the stop. It was here where I enjoyed some hammock time at while listening to Simon & Garfunkel being played by one of the other travellers — a great moment where everything felt at ease and worries were hidden away.

During my meander I was approached many times by various drug dealers muttering:

‘Marijuana? Hashish? Whatever else I’m muttering!’

It wasn’t a bad affair, quite casual and harmless. Whilst sitting obtaining my bearings on my phone, I was approached by a young lad who did the usual asking of ‘where from?’ — the usual giveaway of ‘Hello my friend’ — where he first attempted to sell fake trekking of which I stonewalled him, then offered hashish to which I denied then he did this funny thing. It was obvious I wasn’t having any of his bullshit so he then asked if I could ‘help him’. I was intrigued! What crap was this idiot going to try next? So I let him explain… his whole act changed, and he went on to say he was hungry — at which I had to stifle a laugh — as his clothes said VERY different indeed! And could I give him money for food. He didn’t quite know what to do when I patted him on the back, told him where the closest burger joint was and left wishing him well. Amateur.