Thank god for air conditioning! The thoughts of 3.5 bumpy hours on a coach without is not one for discussion. There were 3 things different to my last bus journey:

I’m getting more accustomed to the disregard for safety the more I’m here but I’ll leave all of that for another post.

Where do I start? Jodhpur is a bustling maze of a city with stores selling anything and everything, not much unlike Jaipur. Except here I noticed something; it seems that one person decided to open a store selling say bamboo ladders, someone else either sees them doing well or think they can do better. The next thing you know is there’s an entire area of the same stores selling variants of the same thing! Weird, but they’re all open and trying to get your trade.

Anyway enough of my strange observations.

Jodhpur was the former seat of the Maharaja and is home to the magnificent 15th-century Mehrangarh Fort and palace. Words cannot explain the power statement that this fort purveys! It’s stands 410 feet above the city, this is my view of it from the hostel rooftop:

…a glorious place to admire over breakfast!

Here’s a snapshot of what I saw about town:

A ticket to the fort comes with a superb audio tour included that really paints a picture of the history of this magnificent place: 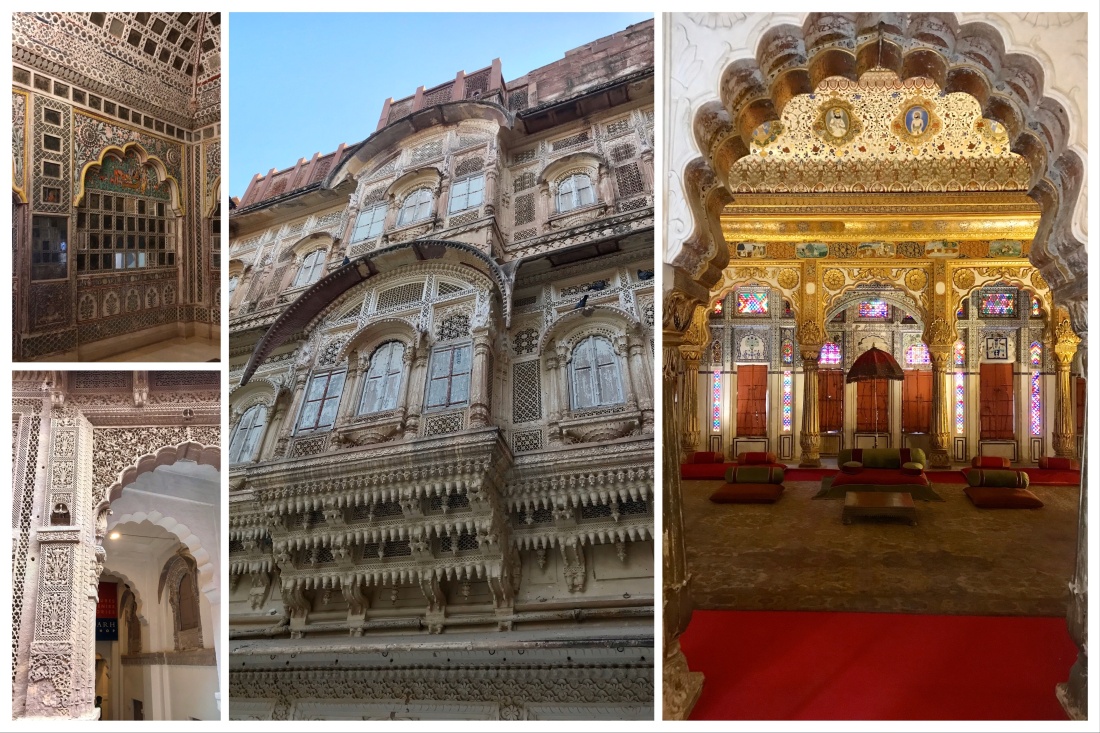 I throughly enjoyed Jodhpur, the fort and the insane markets and bazaars. It’s hard to believe that people manage to sell things with so many tuk-tuks, scooters, motorbikes, even horse and cart each trying to jam their way through the smallest of gaps.

Wow they really are big!

After a lazy day spent in town and the afternoon at the fort I spent the day wandering and exploring. Never short of a surprise I was treated to witnessing an elephant and rider slowly strolling through the main market arches. Unfortunately I was unable to get a photo due to the busy scooters trying to squeeze through. Damn!

Some of my fondest memories are the children’s faces breaking out into huge smiles when I said hello and we tried to talk past ‘hello’ and ‘how are you’! It’s so funny to see that when I ask them, they stop dead as they don’t fully understand what they’re saying! Still, there were always waves and as this progressed, more children would arrive wanting to do the same — sometimes it became difficult to get away.

Another place I visited was Jaswant Thada, a cenotaph approximately 10 mins walk away from the fort. It serves as the cremation ground for the royal family of Mawar and is a serene beautiful white marble building surrounded by lush gardens. 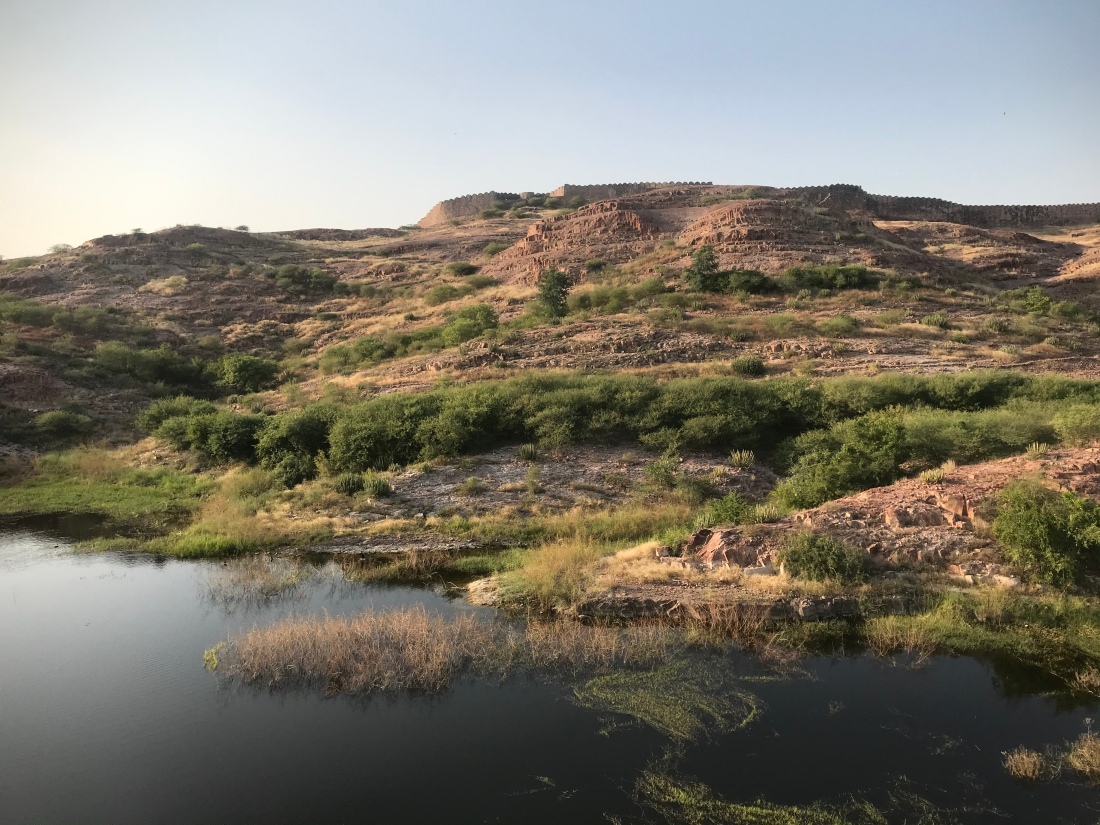 I spent some time by the garden walls watching Jodhpur beep away beneath.

On my wander I came across some boys playing cricket in the side street. The moment they realised who I was, all focus fell on me and before you know it I was spin bowling simply awful bowls then the bat thrust into my hand to defend England’s terrible attack!

It didn’t take long before I was defeated further with either a catch or the wickets knocked, although is DID get 4 runs before heading on!

Another of the kids favourites was when I was heading NE to book my bus to my next place, where not only a hello would suffice. This time I was shown they’re spinning toys, asked to also have a go too, but more important was the selfie! One kid would ask the. A whole group would converge around me and I’d have to snap that pic and show them the image much to their delight. I even had a special request from a dad sat on his moped as his son wanted one too, along with the whole family it would seem — brilliant!

People worth a mention

Firstly there is Amin, the owner of Dylan’s Cafe & Hostel where I stayed. He’s a superb character with plenty of verve for life and it shows! Thank you Amin for a great stay and being a top class host.

There is also Connor and Fran, whom I met at the hostel as they only stopped for the cafe. Both are from the south coast in the UK and have been travelling/working abroad for 2 years now, Connor a chef and photographer and Fran from the service desk side of life.

They’d both grown bored of the usual 9–5 (sounds very familiar!) and were seriously considering heading off into the big wild world, and just going for it but Connor was dragging his heels. Here’s where their tale takes a surprising start…

One night, Connor thought Fran had gone to her mums for the night, all normal activity … right? In the morning he woke, checked his phone and found he had a message from Fran saying she’d driven to another country!

Thankfully Connor got the message — literally — to head on away and they’re happily living the life they want instead of being trapped in the usual expectations of the ‘system’ or whatever we choose to call it.

It was great meeting you both and much love and admiration to you guys for taking the plunge. An inspiration to me at least! Thanks also for following and helping tell the correct story too — thank god I can edit these things afterward.

Dog taking a piss on the exhaust of a moped while the rider is on the bike unaware.

Oh go on then…

I have far too many pictures so I’ll post just one more photo for you of this beautiful city:

2 thoughts on “Hold the fort!”