That’s what it felt like when I started off over the past few days! I’m currently in Tomar, home of the Knights Templar stronghold that was built before Portugal even existed allegedly.

The past few days have been the best yet, a hell of a lot of uphill madness, some so bloody steep that I had to get off and push! I’ve learnt that next time I pick off-road tracks that they aren’t super steep as trying to push a bike, let alone try to ride one on gravel and rocks isn’t energy efficient. Here’s a sample of the roads I rode in order—the picture with me in it was when I reached the final summit of that first (hideous) rocky, gravel road. 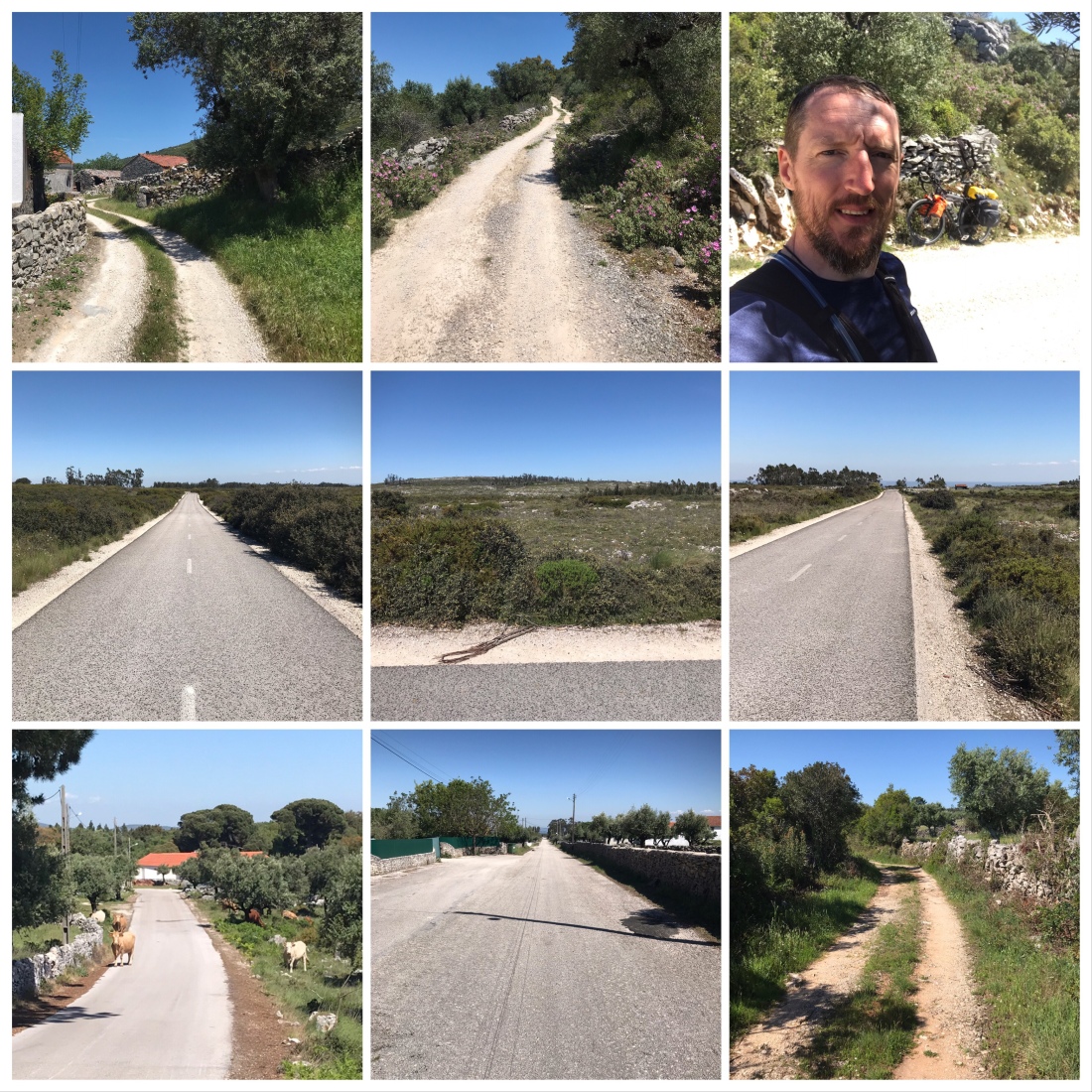 The roads at the top were sublime; mostly downhill, fast yet so much panorama of nothingness, a great sense of alone.

After a very long, fast and super-fun descent I was then in the middle of olive country with some stunning surroundings as I rode along dusty tracks.

After one night camping and the next sleeping under only a bush—the stars were lovely—I set off this morning for the final run to Tomar.